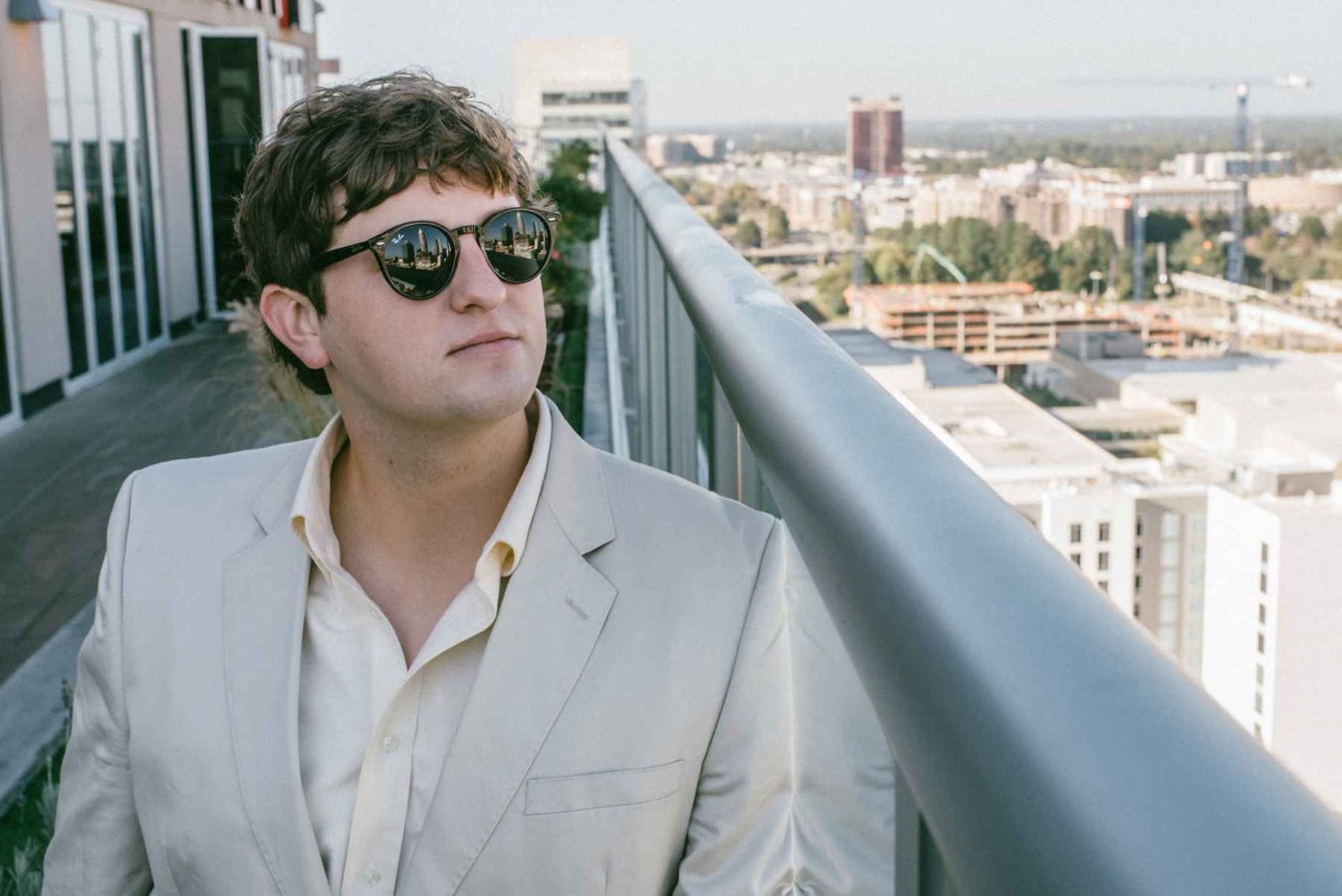 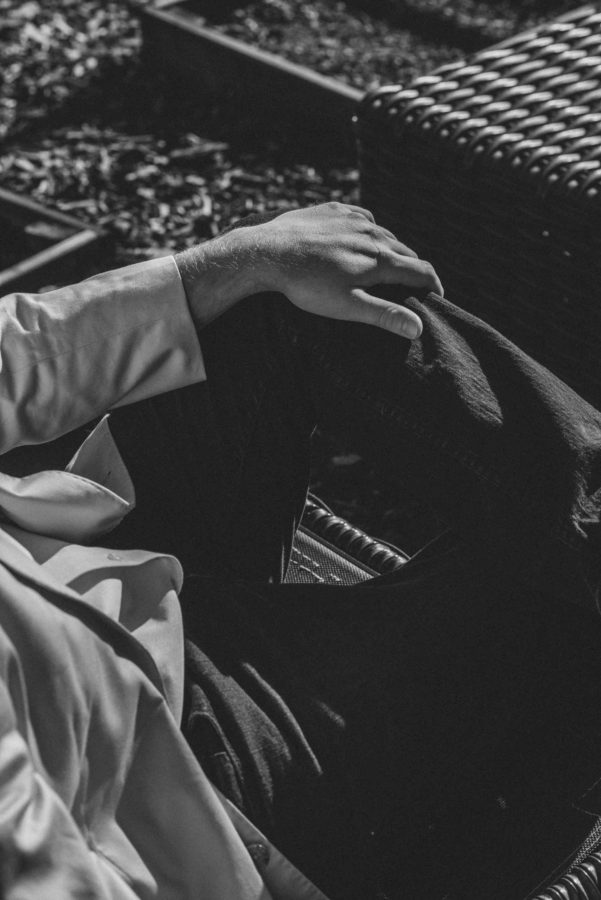 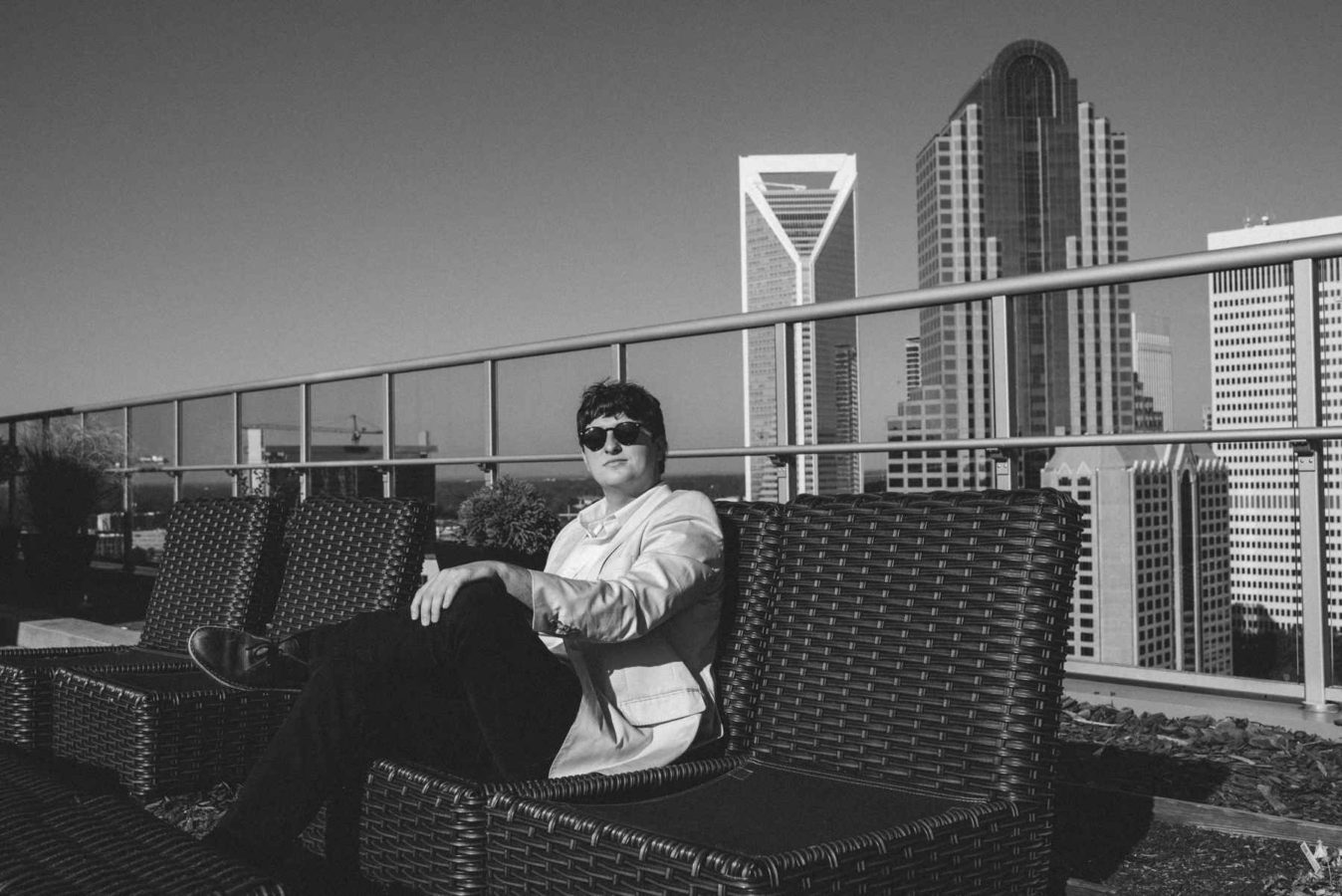 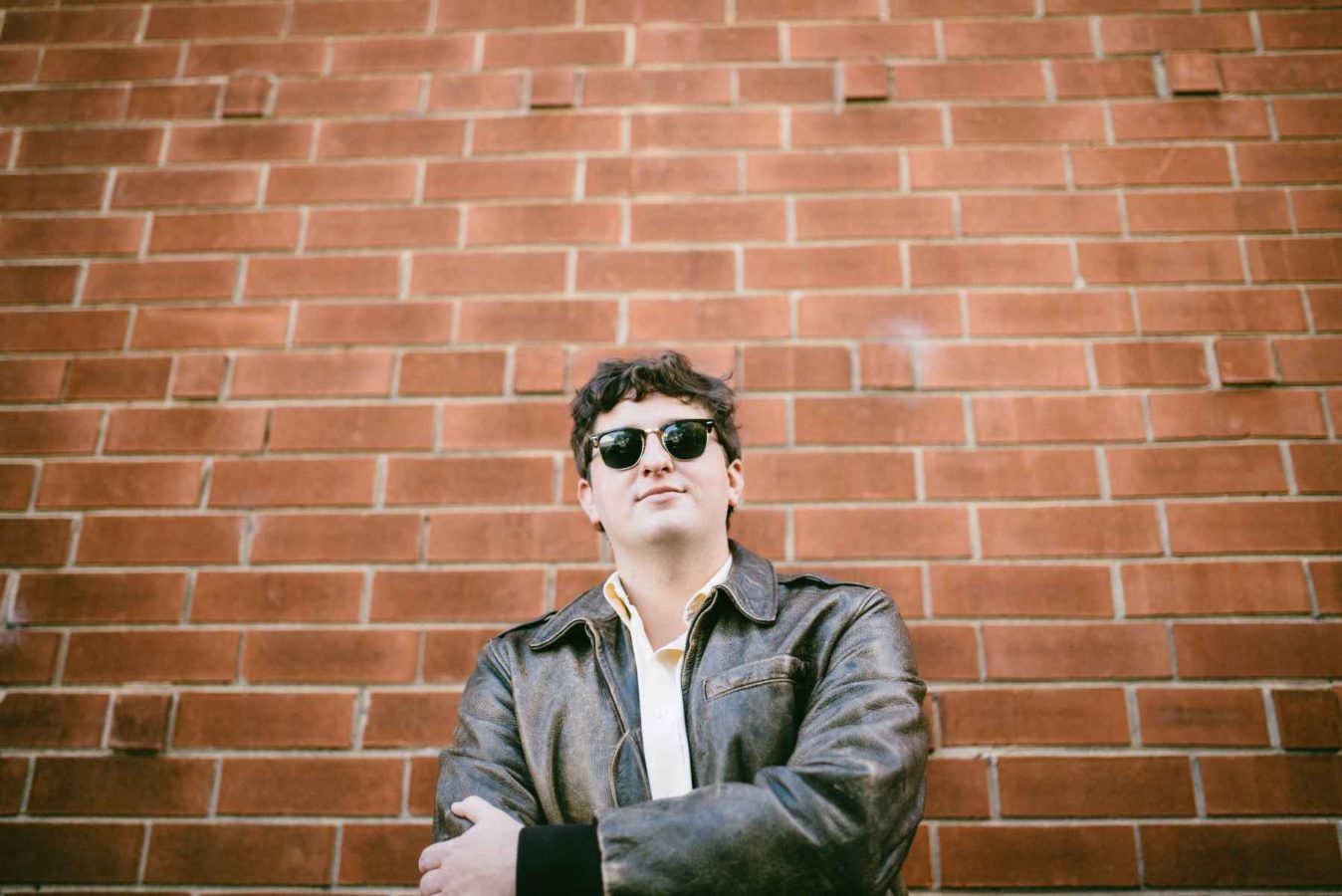 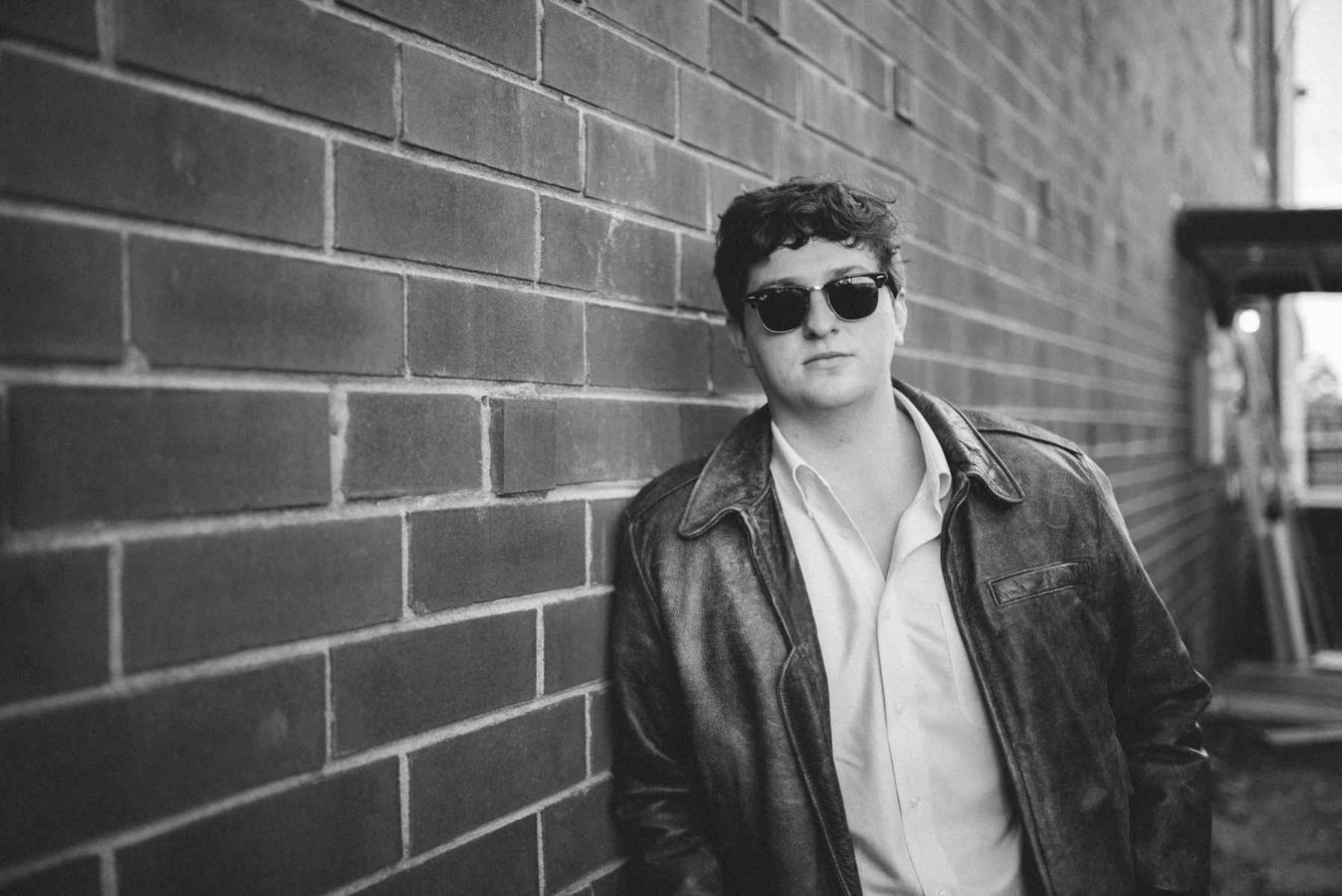 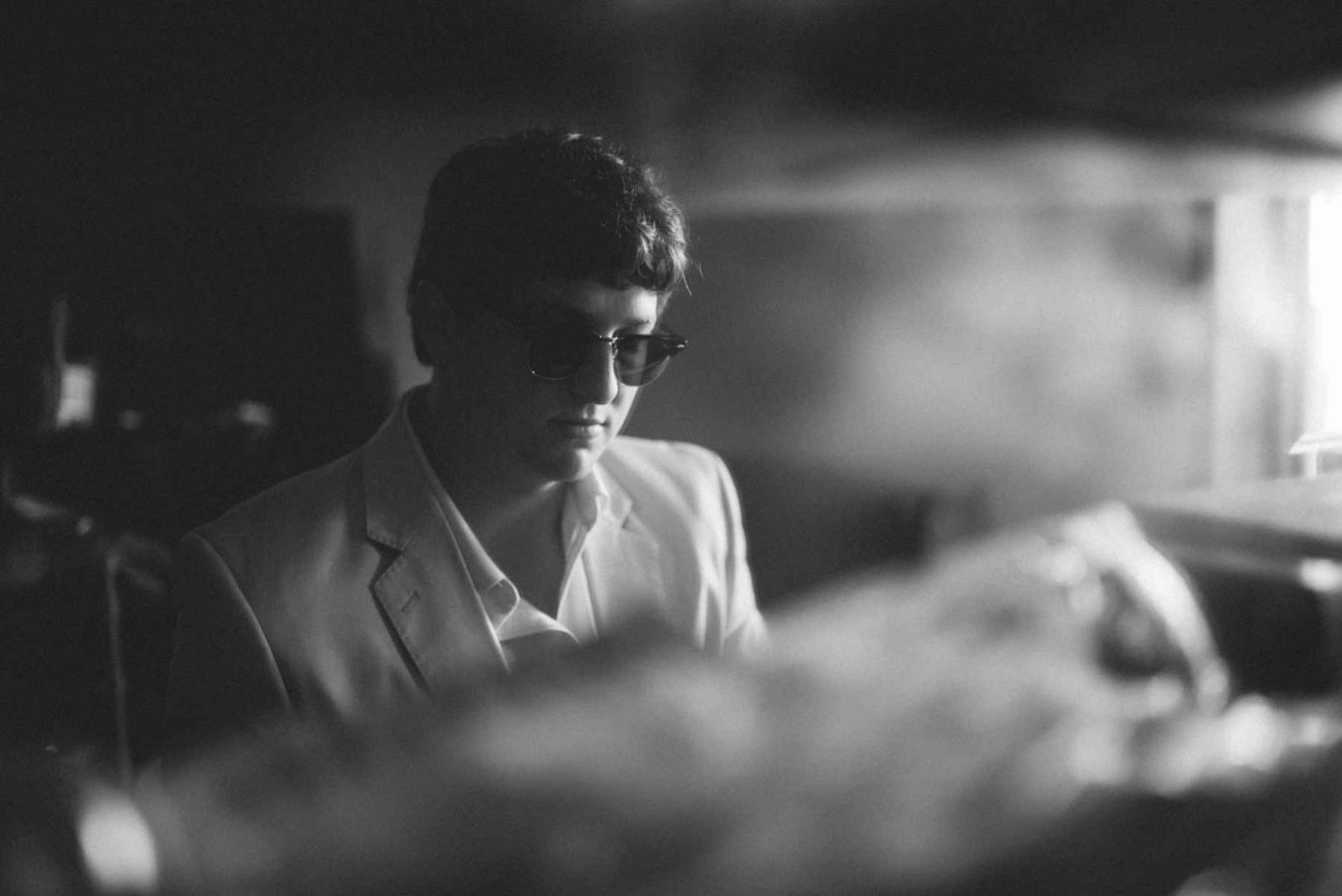 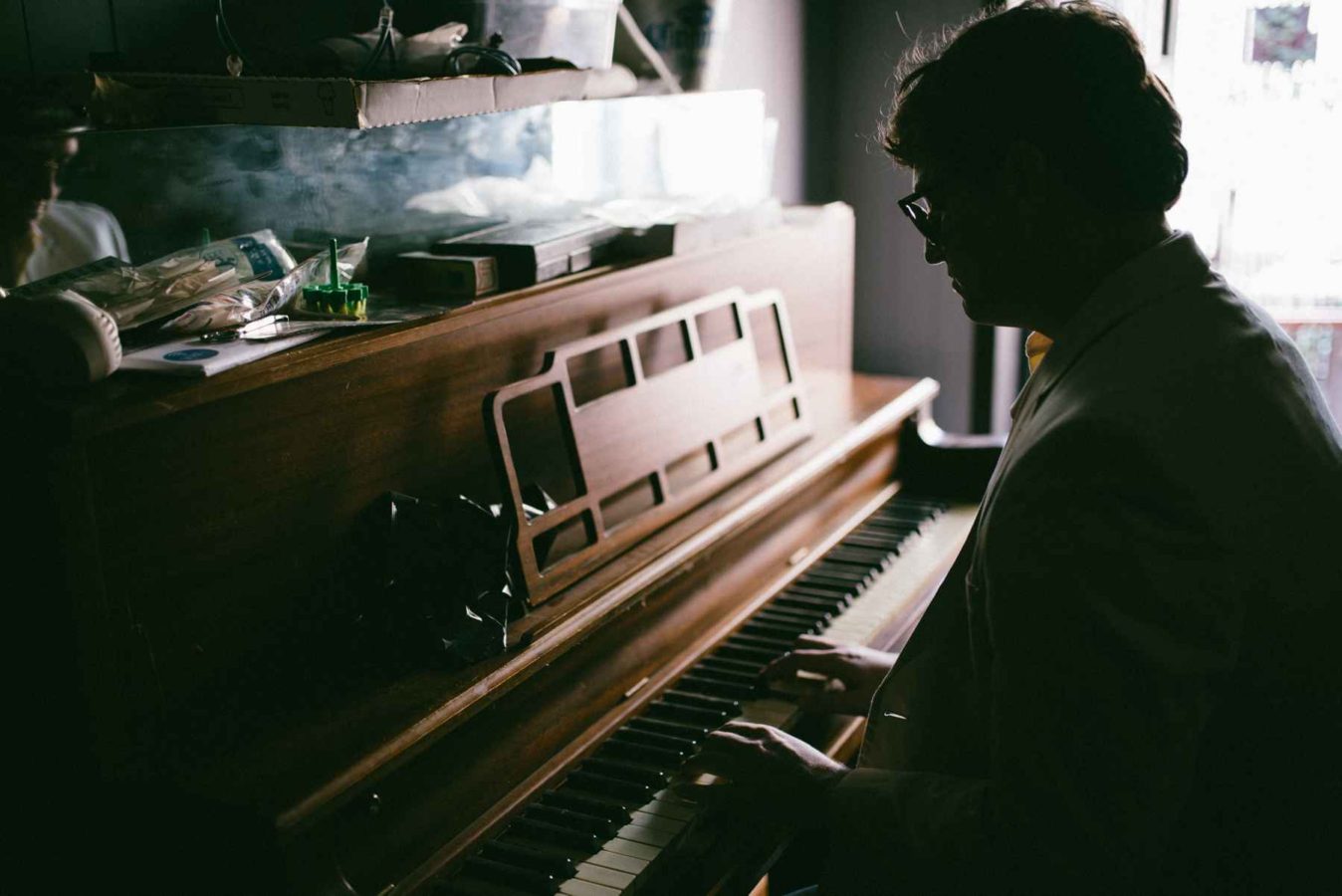 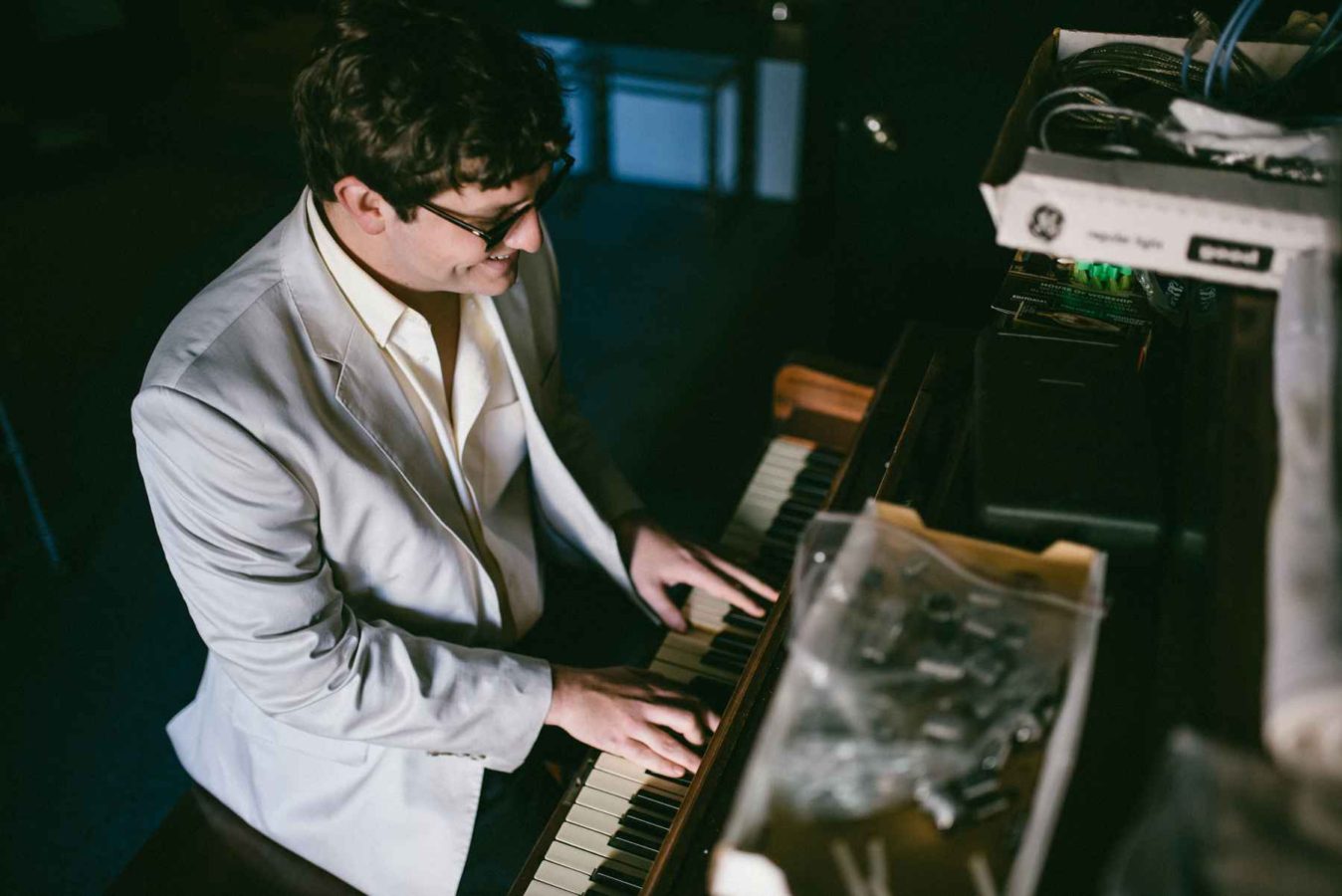 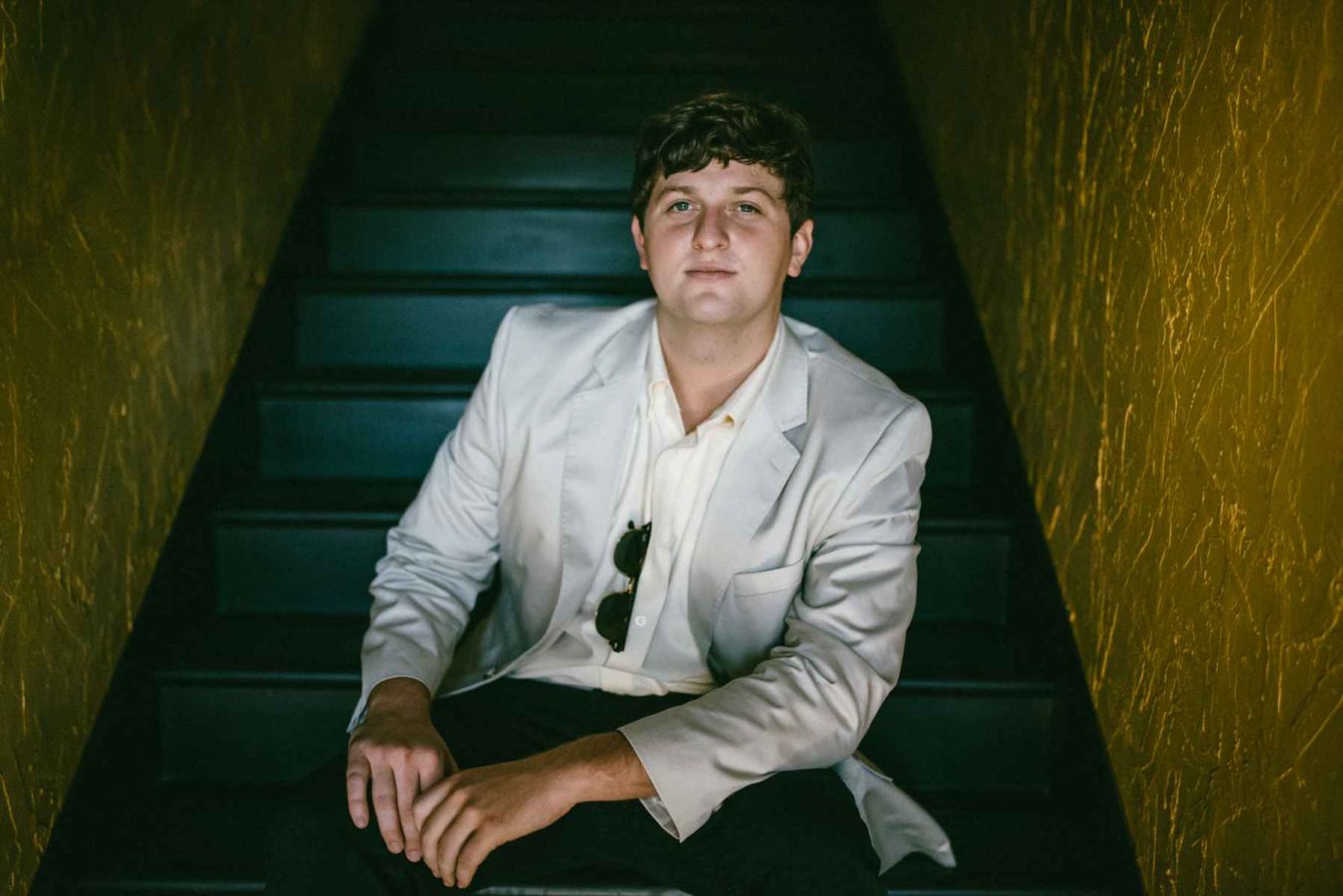 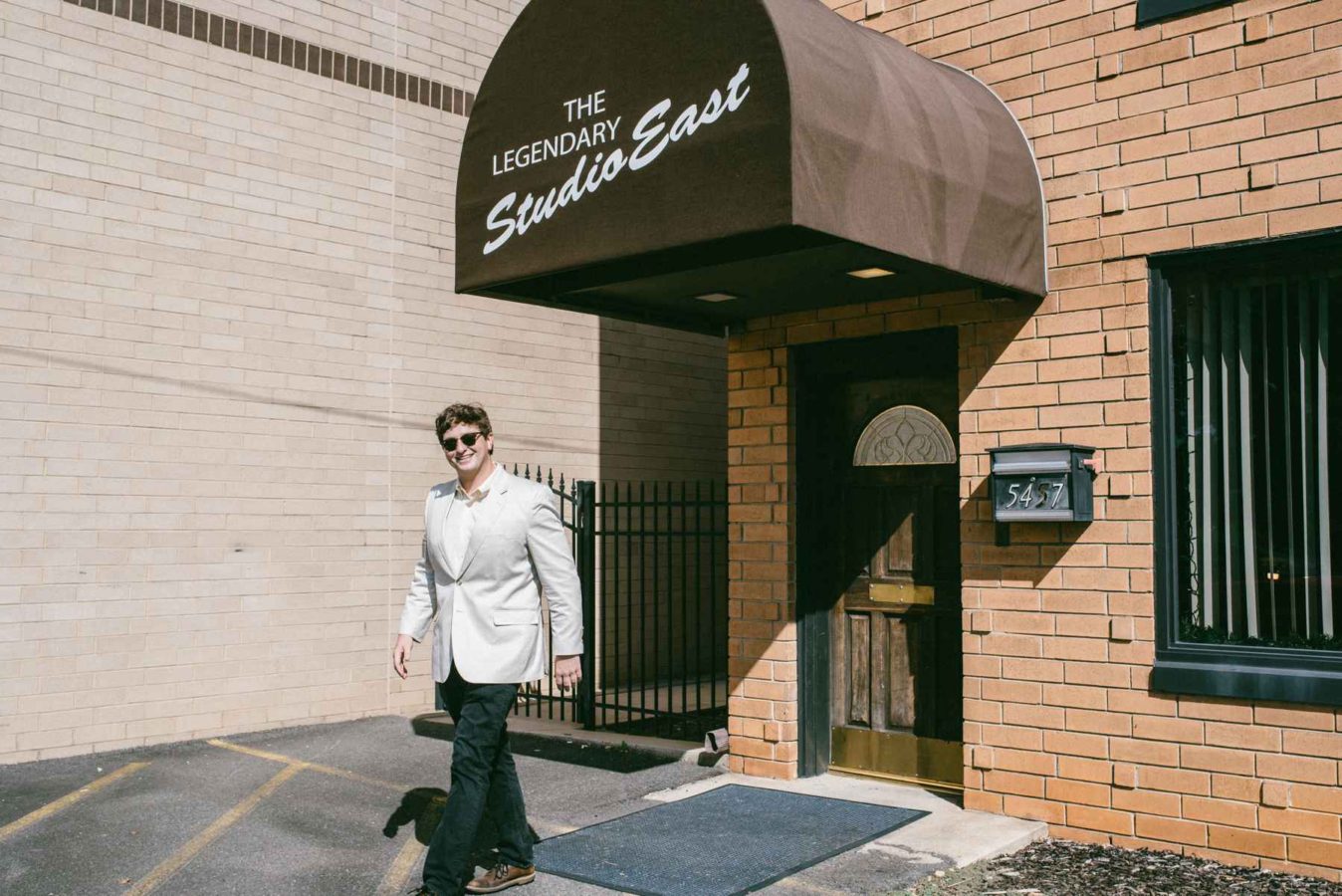 I had the opportunity to do a portrait session that was a little different from what we normally shoot with Sadie & Kyle. Harry Murrell asked us to shoot some portraits to help him promote himself as a musician. When I got in touch with him and heard his music (seriously, click this link now and listen!) I was blown away. Harry has trained with Paul McCartney and studied music in Liverpool. I love his style and skill so I was pumped to make some portraits of him. My background has always had a deep influence from preforming arts and other artists as I spent the last seven years shooting for the University of South Florida’s College of the Arts. So, of course, I always get a little excited when shooting another artist.

We first met up on the rooftop portion of Fahrenheit Restaurant in downtown Charlotte. The view is awesome. You’re 22 stories up and you can see a lot of the sky scrapers in the city. I was actually surprised by how much higher those buildings towered than us. We were on the 22nd story already. For me, that’s a really HIGH vantage point! The rooftop restaurant area seems like an awesome place to eat, but it was somewhat limited for shooting portraits, so we made a few then headed somewhere close to Harry’s soul.

After a short drive, we arrived at the legendary Studio East in Charlotte. It’s been a while since I had been in a recording studio, but it was a welcomed reunion. At USF, I had photographed their studio spaces for some marketing campaigns, and I remember being in those padded basements which were all soundproofed. You can actually feel the acoustics change when you walk in. It’s a glorious feeling, I miss those days. Harry took me on a brief tour and then we started making some portraits. It was a laid back session and he was obviously comfortable in front of a camera. I have a feeling this is good, because I sincerely believe he’s going to be famous one day! 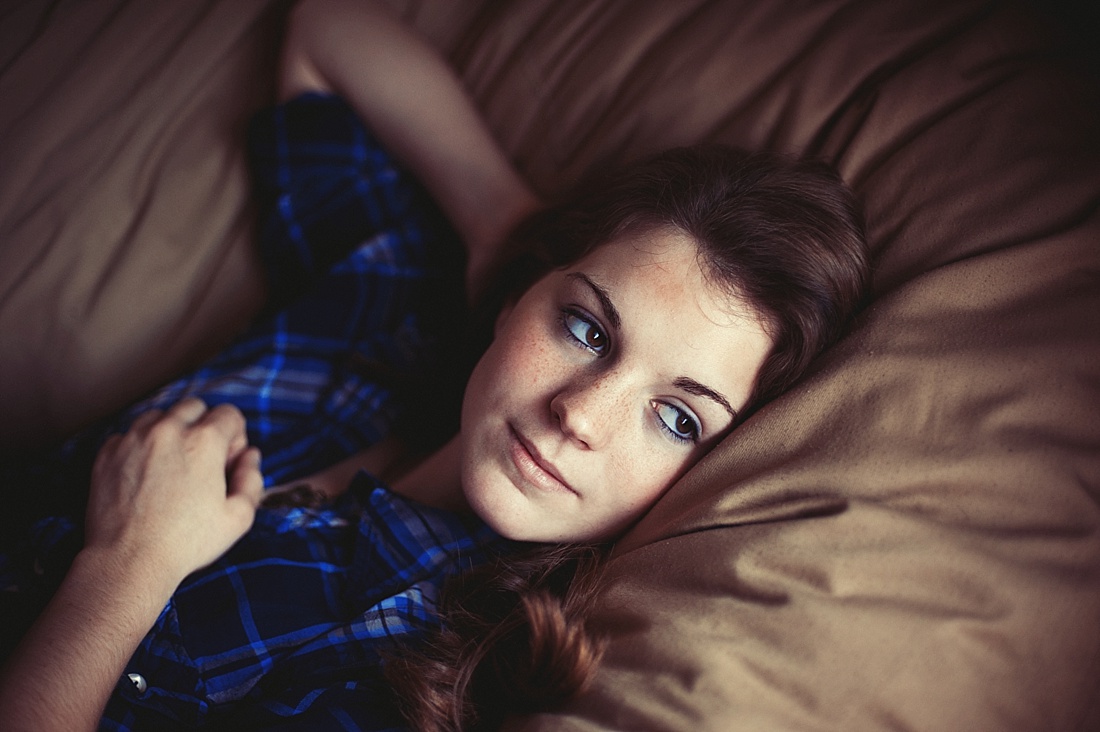 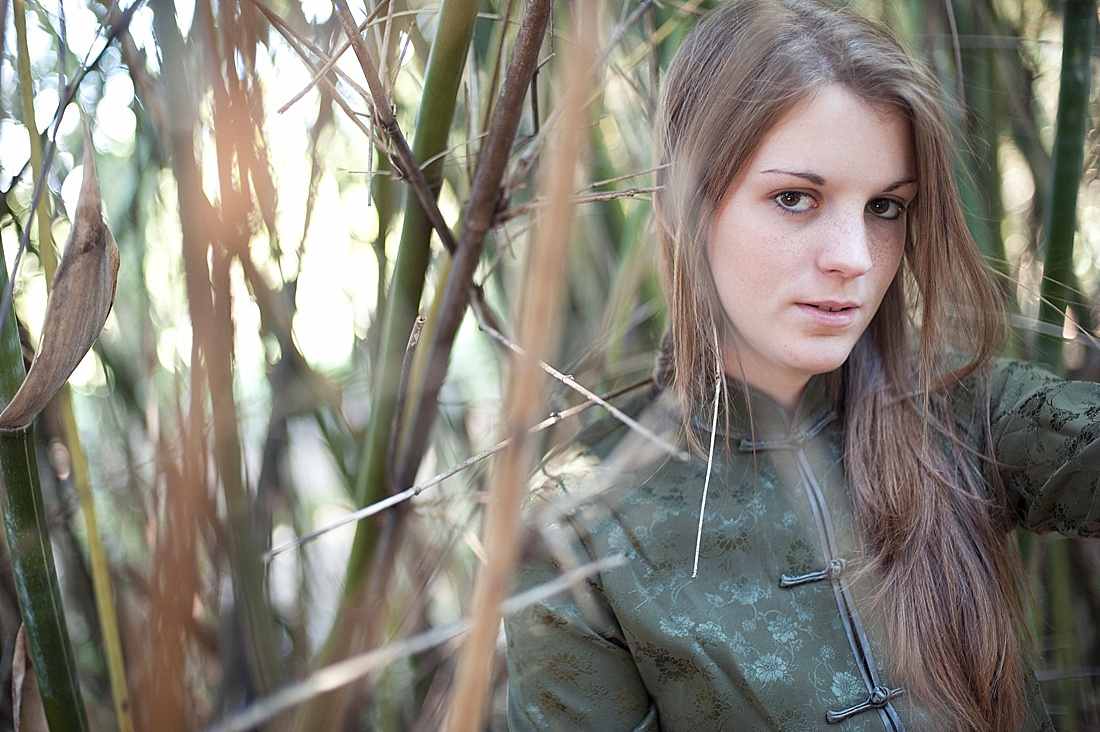 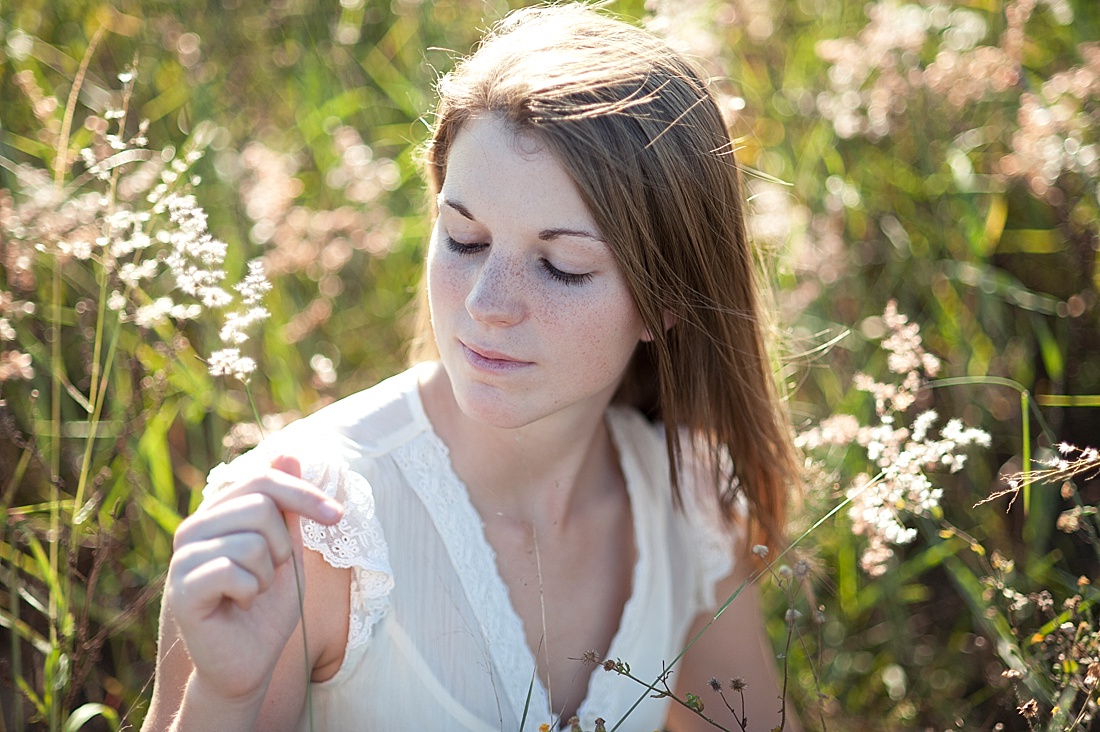 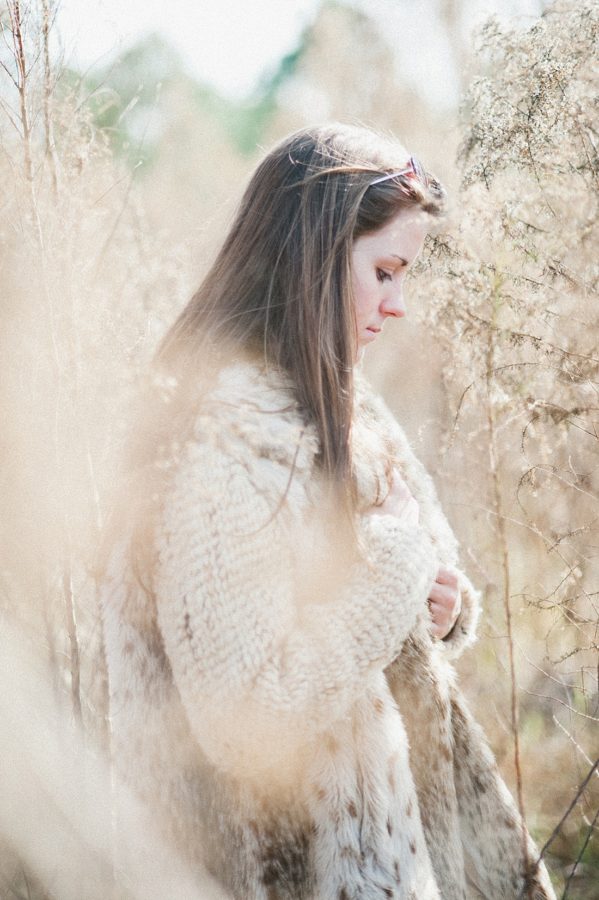 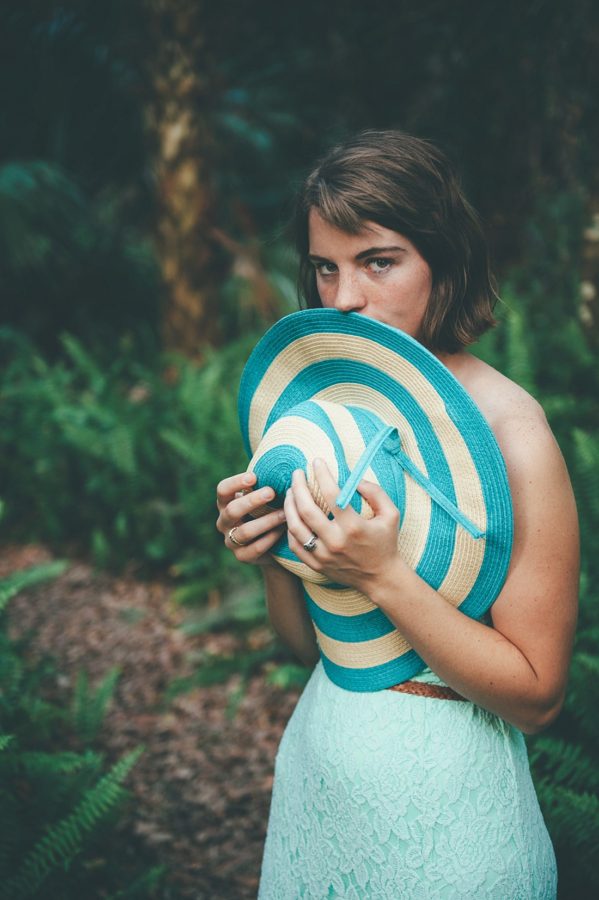 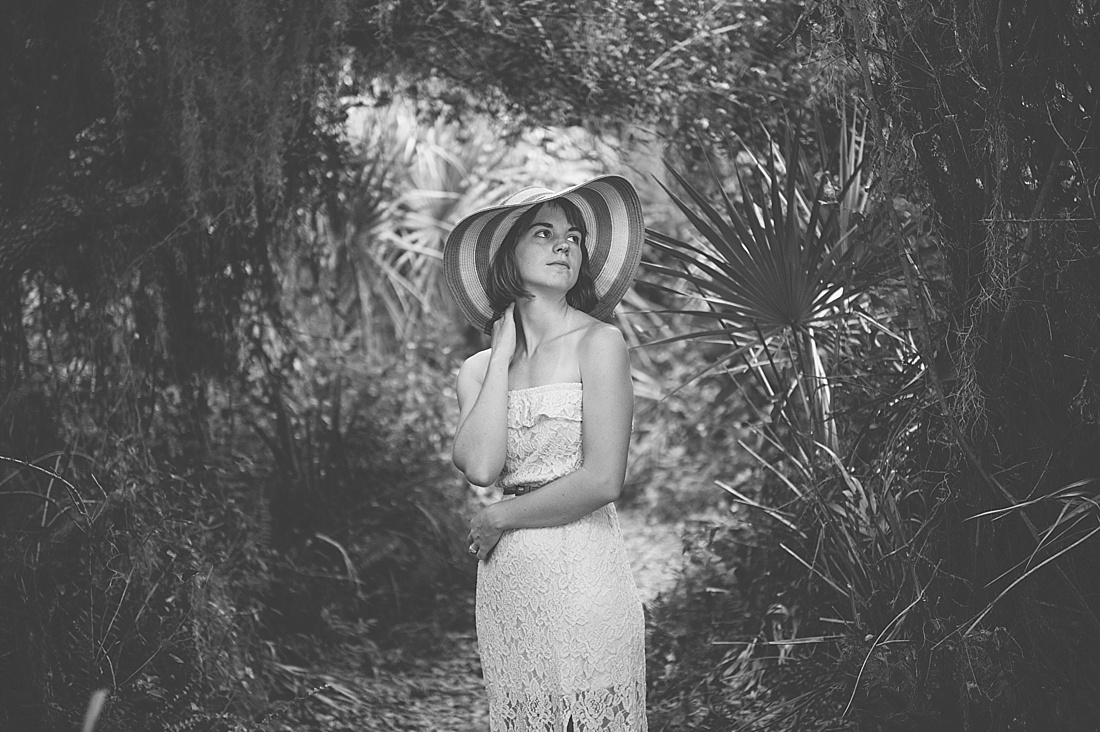 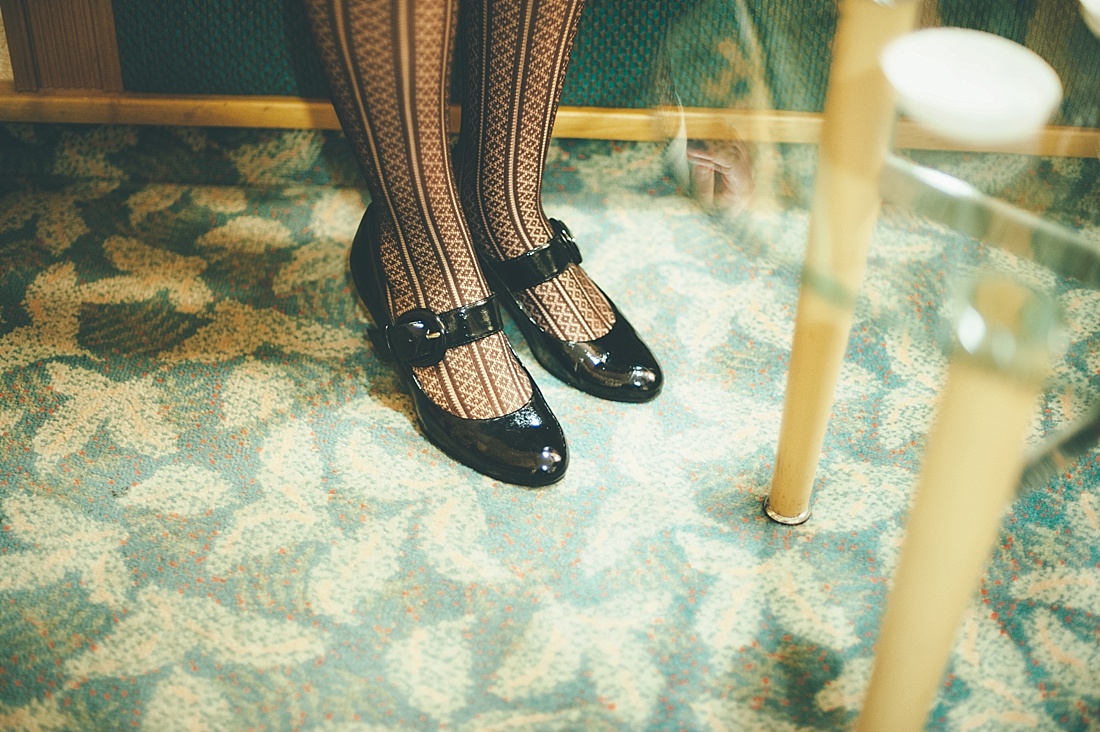 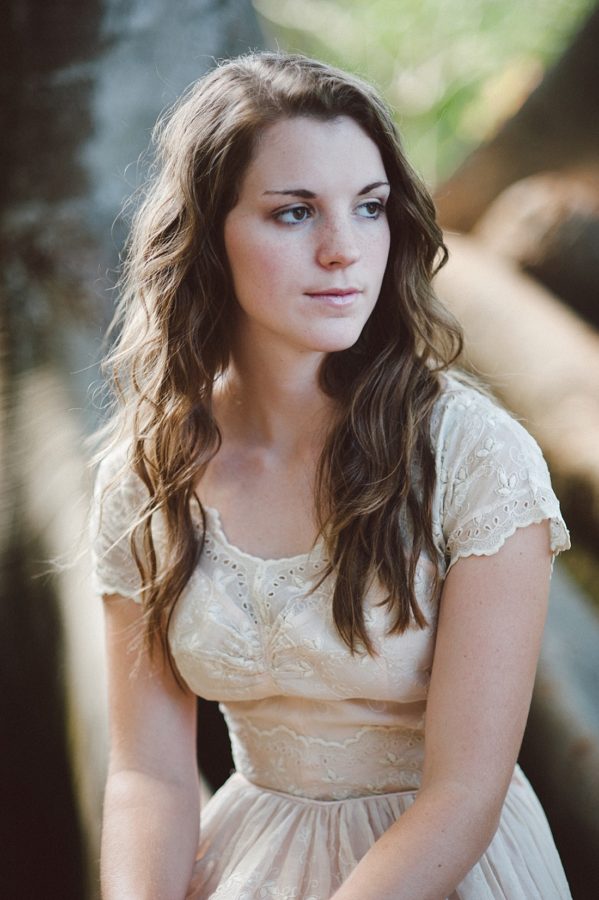 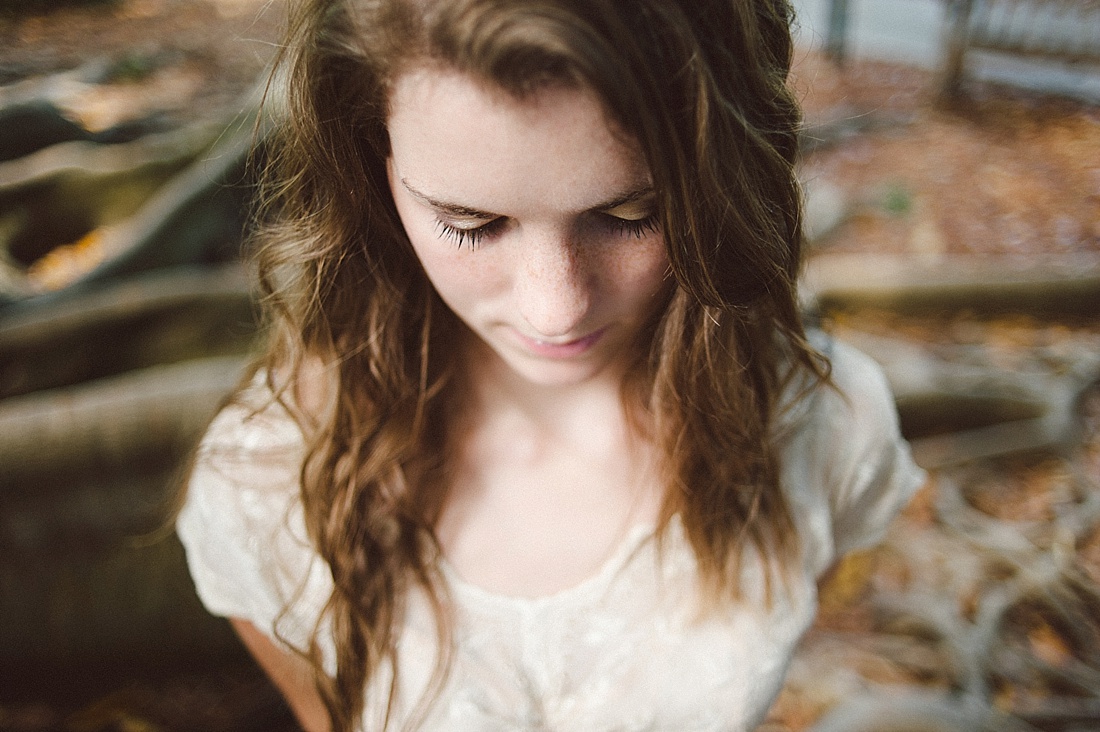 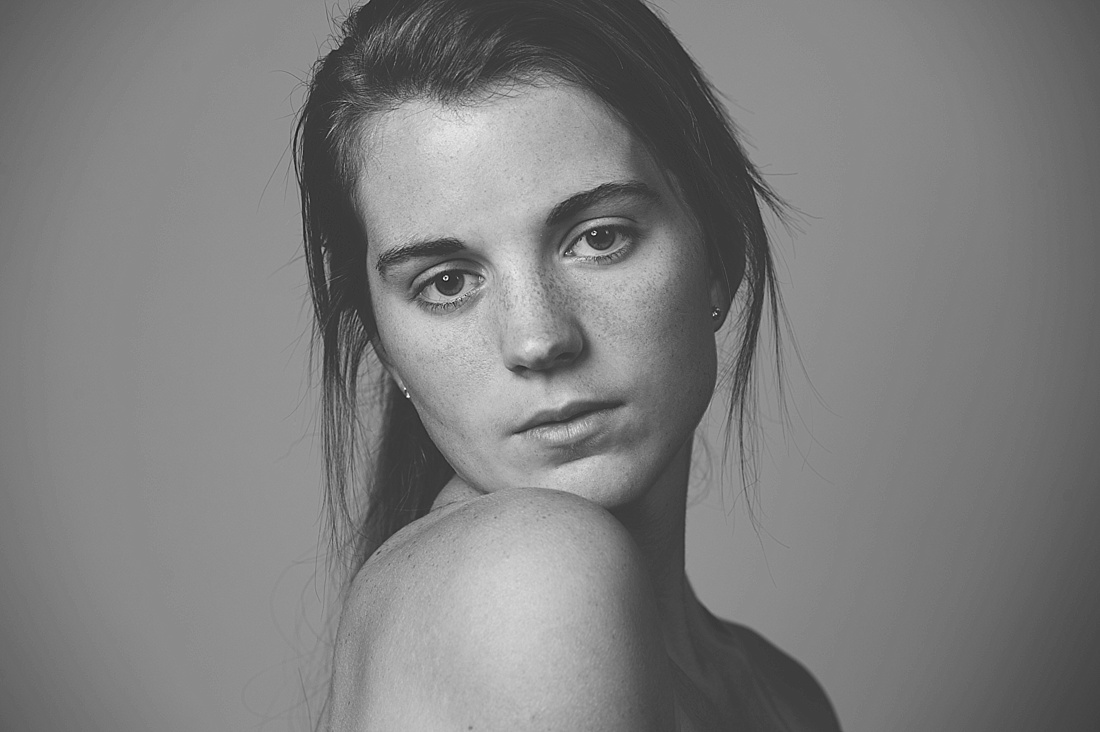 Anyone who feels a responsibility to create has to draw their inspiration from somewhere. For me, I always knew my inspiration came from love. Whether it was my love for nature or exploration or just making pleasing images, I have always been the most compelled to make images when I am in love.

Meeting Sadie was a pivotal moment in my life and after we began to date, she was pretty much the only person I cared to photograph. With this new motivation, I found myself shooting more frequently and with more skill than I had before. By falling In love with her, she helped me fall back in love with photography.

These are personal images I made of her. They show Sadie as I see her every day.